PIRATES (15) followed by Q & A with Writer Director Reggie Yates 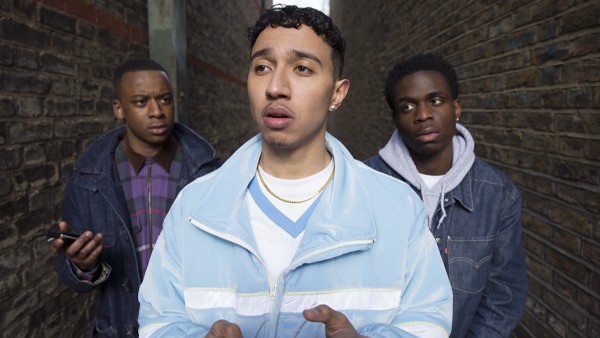 Followed by Q & A with Writer Director Reggie Yates and special guests plus a chance to win a 90's flavoured prize bundle after the film!

New Year's Eve 1999. Cappo, Two Tonne and Kidda drive through London in their tiny Peugeot 205, pumping a live UK garage set from the stereo and arguing about their Avirex jackets and Naf Naf imports. As the eighteen-year-olds step into adulthood they know their lives and friendships are on the brink of change. Determined to end the century on a bang they drive across the city in a desperate search for tickets for the best millennium
party EVER.

Reggie Yates is an award-winning writer director from London. With the release of his debut feature film PIRATES, Yates is on the cusp of sharing his version of London with the world. This coming-of-age comedy is a love letter to the UK Garage scene and a time capsule for 90’s London.

Three decades in, Reggie’s career began as a child actor. This led to a decade of bouncing from national radio host to actor and eventually fronting Saturday night prime time TV. A pivot into documentary making changed things for good as authentic storytelling became a priority.

In the last decade, Reggie has become synonymous with critically acclaimed documentaries. Drawing inspiration from first-hand experiences on set as an actor and around the world as a documentary maker, authenticity is at the core of everything Reggie creates creating a voice uniquely his own.