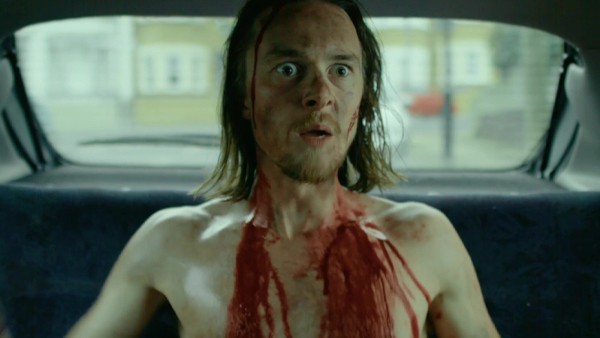 Short Com Film Festival has been screening the funniest short films by emerging filmmaking talent since 2011. We're delighted to be bringing the 2021 programme to the big screen. Further details about the forthcoming programme to follow.

History
Short Com has a solid track record over the years for showcasing talent, Ben Mallaby, Tea & Cheese, Big Red Button to name a few have been previous winners of prizes from Blackmagic Design and Final Draft.

In the past, Short Com has screened programmes in some of the UK’s major cities such as Manchester, Edinburgh, Bristol, London and in Glasgow as part of the Glasgow Short Film Festival, presented by Josie Long and local legend Greg Hemphil from Still Game fame.

A keen advocate for suicide prevention charities, Short Com has raised over a thousand pounds for charities such as CALM (Calmpaign Against Living Miserably) and Scottish Association for Mental Health.

The underlying belief of Short Com is that there is a wealth of comedic film-making talent out there under appreciated by the industry and also the best way to watch short films is in front of a live audience.